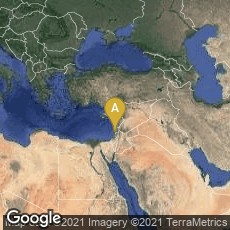 The Codex Vaticanus, photographed during an exhibition in Warsaw (2015). The Codex Vaticanus, Vat. gr. 1209, a 4th century uncial manuscript of the Septuagint and the New Testament, is, along with the Codex Sinaiticus, one of the two extant 4th century manuscripts of the Old and New Testament in Greek, the language used by the early Christians. Some experts estimate the date of the Codex Vaticanus as slightly prior to the Codex Sinaiticus. The Codex Vaticanus was written on sheets of parchment in a three-column format in Biblical majuscule in scriptio continua, without word division, punctuation or pagination, by two or three different scribes.  Quires are numbered in the margin. Its page format is considerably smaller than the Codex Sinaiticus, with its pages currently measuring 27 x 27 cm. Its place of origin is uncertain; Rome, southern Italy, Alexandria, and Caesarea have been proposed.

Originally the manuscript must have been composed of 820 parchment leaves, but it appears that 71 leaves have been lost. Currently, the Old Testament consists of 617 sheets and the New Testament of 142 sheets. Pages 1519-1536 containing Hebrews 9:14 through Revelation, were lost and replaced by a 15th century minuscule supplement.

"The manuscript is believed to have been housed in Caesarea in the 6th century, together with the Codex Sinaiticus (the same unique divisions of chapters in the Acts). It came to Italy – probably from Constantinople – after the Council of Florence (1438–1445)" (Wikipedia article on Codex Vaticanus, accessed 12-05-2010).

During the 10th or 11th century the fading ink of the codex was written over, so that the original characters are obscured.

In July 2019 a digital facsimile of the Codex Vaticanus was available from the DigitalVaticanLibrary at this link.