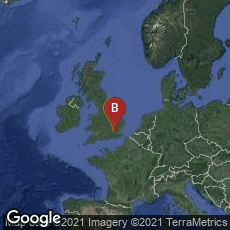 Title page of the first edition of the Nautical Almanac

In 1766 the British Government sanctioned Nevil Maskelyne, the Astronomer Royal, to produce each year a set of navigational tables, to be called the Nautical Almanac. This was the first permanent mathematical table-making project in the world.

The main innovative feature of the inaugural issue for 1767 was the tabulation of lunar distances as a tool to facilitate the determination of longitude at sea from observations of the Moon.[7]

By the early nineteenth century, the time of Charles Babbage, these tables became notorious for their errors, providing Babbage the incentive to develop mechanical systems, which he called calculating engines, to improve their accuracy.