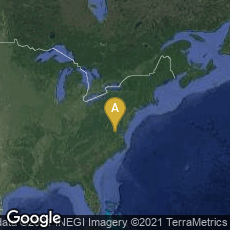 One of the most insightful commentators on von Kempelen's The Turk was the American writer, poet, editor, literary critic, and magazinist Edgar Allan Poe. who in April 1836 published an article entitled "Maelzel's Chess Player" in the Southern Literary Messenger issued from Richmond, Virginia. In this article on automata Poe provided a very closely reasoned explanation of the concealed human operation of von Kempelen's Turk, which Poe had seen exhibited in Richmond by its then-owner the engineer and showman Johann Nepomuk Mälzel a few weeks earlier.

Poe also briefly compared von Kempelen's Turk to Babbage's Difference Engine No. 1, which was limited to the computation of short mathematical tables, suggesting essentially that if the Turk was fully automated and had the ability to use the results of one logical operation to make a decision about the next one—what was later called "conditional branching" —it would be far superior to Babbage's machine. This feature Babbage later designed into his Analytical Engine.

Here is Poe's comparison of the two machines:

"But if these machines were ingenious, what shall we think of the calculating machine of Mr. Babbage? What shall we think of an engine of wood and metal which can not only compute astronomical and navigation tables to any given extent, but render the exactitude of its operations mathematically certain through its power of correcting its possible errors? What shall we think of a machine which can not only accomplish all this, but actually print off its elaborate results, when obtained, without the slightest intervention of the intellect of man? It will, perhaps, be said, in reply, that a machine such as we have described is altogether above comparison with the Chess-Player of Maelzel. By no means — it is altogether beneath it — that is to say provided we assume (what should never for a moment be assumed) that the Chess-Player is a pure machine, and performs its operations without any immediate human agency. Arithmetical or algebraical calculations are, from their very nature, fixed and determinate. Certain data being given, certain results necessarily and inevitably follow. These results have dependence upon nothing, and are influenced by nothing but the data originally given. And the question to be solved proceeds, or should proceed, to its final determination, by a succession of unerring steps liable to no change, and subject to no modification. This being the case, we can without difficulty conceive the possibility of so arranging a piece of mechanism, that upon starting it in accordance with the data of the question to be solved, it should continue its movements regularly, progressively, and undeviatingly towards the required solution, since these movements, however complex, are never imagined to be otherwise than finite and determinate. But the case is widely different with the Chess-Player. With him there is no determinate progression. No one move in chess necessarily follows upon any one other. From no particular disposition of the men at one period of a game can we predicate their disposition at a different period. Let us place the first move in a game of chess, in juxta-position with the data of an algebraical question, and their great difference will be immediately perceived. From the latter — from the data — the second step of the question, dependent thereupon, inevitably follows. It is modelled by the data. It must be thus and not otherwise. But from the first move in the game of chess no especial second move follows of necessity. In the algebraical question, as it proceeds towards solution, the certainty of its operations remains altogether unimpaired. The second step having been a consequence of the data, the [column 2:] third step is equally a consequence of the second, the fourth of the third, the fifth of the fourth, and so on, and not possibly otherwise, to the end. But in proportion to the progress made in a game of chess, is the uncertainty of each ensuing move. A few moves having been made, no step is certain. Different spectators of the game would advise different moves. All is then dependent upon the variable judgment of the players. Now even granting (what should not be granted) that the movements of the Automaton Chess-Player were in themselves determinate, they would be necessarily interrupted and disarranged by the indeterminate will of his antagonist. There is then no analogy whatever between the operations of the Chess-Player, and those of the calculating machine of Mr. Babbage, and if we choose to call the former a pure machine we must be prepared to admit that it is, beyond all comparison, the most wonderful of the inventions of mankind. Its original projector, however, Baron Kempelen, had no scruple in declaring it to be a "very ordinary piece of mechanism — a bagatelle whose effects appeared so marvellous only from the boldness of the conception, and the fortunate choice of the methods adopted for promoting the illusion." But it is needless to dwell upon this point. It is quite certain that the operations of the Automaton are regulated by mind, and by nothing else. Indeed this matter is susceptible of a mathematical demonstration, a priori. The only question then is of the manner in which human agency is brought to bear. Before entering upon this subject it would be as well to give a brief history and description of the Chess-Player for the benefit of such of our readers as may never have had an opportunity of witnessing Mr. Maelzel's exhibition."

de Prony Produces Mathematical Tables Calculated by Hairdressers Unemployed after the French Revolution
Babbage's Difference Engine No. 1 is Designed to Calculate and Typeset Mathematical Tables
Babbage's "On the Economy of Machinery and Manufactures" Begins Operations Research and Analyzes Book Production Processes
The Contributions of the Scheutz Brothers to the Early History of Difference Engines and the Calculating and Printing of Mathematical Tables
Having Refused to Support Babbage, the British Government Pays for a Difference Engine Produced in Sweden
William Farr Publishes the First Instances of a Printing Calculator Used to Do Original Work
Henry Prevost Babbage Publishes the Most Complete Work on his Father's Computers
The Most Widely Used Work of Computer Pioneer Charles Babbage Was His Printed Mathematical Tables
The "American Magazine of Useful and Entertaining Knowledge" Emulates "The Penny Magazine"

Joseph-Marie Jacquard's Loom Uses Punched Cards to Store Patterns
Babbage's Difference Engine No. 1 is Designed to Calculate and Typeset Mathematical Tables
Luigi Menabrea Publishes the First Computer Programs, Designed for Babbage's Analytical Engine. Ada Lovelace Translates them Into English
The First Published Computer Programs, Translated and Augmented by Lord Byron's Daughter
Having Refused to Support Babbage, the British Government Pays for a Difference Engine Produced in Sweden
Henry Prevost Babbage Publishes the Most Complete Work on his Father's Computers
Percy Ludgate Designs a New Version of Babbage's Analytical Engine, but it is Lost
Summarizing the State of the Computer / Calculator Industry Prior to World War I
Key Aspects of the Development of the Harvard Mark 1 and its Software by Howard Aiken and Grace Hopper
The Most Famous Image in the Early History of Computing